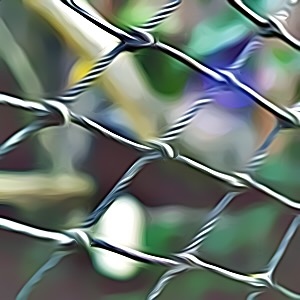 Use this Trap Name Generator to find countless random trap names for your next gaming adventure, story or any other kind of project. Enjoy!

What kinds of traps do people create?

Traps can take many forms, from the physical to the psychological. They can be as simple as a hole in the ground or as complicated as a years-long con game. Whatever their form, traps are designed to snare their victims and ensnare them in a web of trouble.

A history of hunter traps

The hunter has relied on traps as a tool of the trade since antiquity. To catch their prey in the prehistoric era, hunters would create elaborate traps like snares, deadfalls, and pitfalls—a type of hole filled with sharpened sticks. It was also known that the ancient Greeks hunted with traps. They would create mechanical traps like mousetraps or spring traps centered on a baited mechanical device. Greek artisans created these kinds of traps, and their use is documented throughout the ancient world. In point of fact, the Greeks are frequently credited with developing the first bronze-based mechanical traps. Additionally, the Romans were fond of traps and developed a number of strategies for using them. The Venabulum, a massive device made of a rope coil, bait, and a hollowed-out log, was one of the most well-known Roman traps. When an unsuspecting animal attempted to steal the bait, it was designed to snap shut. Traps were used to supplement traditional hunting methods in the Middle Ages. The traps were typically constructed in a wide range of sizes and shapes from natural materials like rocks or wood. Deadfalls, snares, and pitfalls were frequently utilized by hunters during this time. By utilizing the weight of the rock or log to snag the animal, these traps were able to capture large animals like deer. This kind of trap remained popular throughout the 18th and 19th centuries. In order to construct "traps lines," hunters frequently erected multiple deadfalls and snares adjacent to one another. These traps were inexpensive and relatively simple to set up; however, more intricate traps that took advantage of the animal's natural behavior could also be made. The invention of metal traps during the Industrial Revolution revolutionized how hunters caught their prey. Similar to their stone and wood predecessors, many of these metal traps had multiple components that worked together. The leg-hold trap was one of the most well-liked designs for metal traps. It would ensnare an animal's leg or foot in steel teeth. Modern traps and devices for trapping reached new heights in the 20th century. The majority of hunters' traps had become automated by this point. Snares, leghold traps, box traps, and live traps are among these traps. Hunting enthusiasts, pest control professionals, and even conservationists still make use of traps today. With the help of traps, hunters can catch their prey quickly and humanely, allowing them to hunt more effectively and safely.

5 questions to help you come up with trap names

Can I use the random trap names that this tool creates?

How many ideas can I generate with this Trap Name Generator?

The Trap Name Generator can generate thousands of ideas for your project, so feel free to keep clicking and at the end use the handy copy feature to export your trap names to a text editor of your choice. Enjoy!

What are good trap names?

There's thousands of random trap names in this generator. Here are some samples to start: