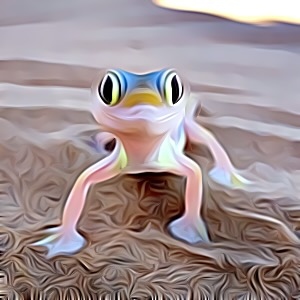 Use this Gecko Name Generator to find countless random gecko names for your next gaming adventure, story or any other kind of project. Enjoy!

What kind of animal is a gecko?

A gecko is a lizard that is found in warm climates all over the world. They are known for their ability to climb walls and cling to ceilings. Geckos come in a variety of colors and patterns, and many people find them to be cute and friendly pets.

A history of geckos

One of the oldest and most beloved animals on Earth is the gecko. They are members of the Squamata lizard family and can be found in both wild and domestic settings all over the world. The earliest known gecko species, Eocene mini geckos, first appeared more than 40 million years ago. But where did they come from and how did they become so common? It is believed that these ancient geckos measured less than an inch in length. Mini geckos were not kept as house pets, unlike their modern counterparts; Instead, they evolved to inhabit various regions of the globe and lived in the wild. These creatures developed over time and adapted to their diverse global environments. Geckos began to be kept as exotic animals and house pets over time. They were even used as offerings of good fortune and spiritual totems in ancient cultures. By the turn of the 19th century, wealthy people in Europe and North America kept geckos, often referred to as "land leapers" or "little jumping lizards," as pets. The first captive-bred geckos appeared in the 1930s, and some of the more widespread species were brought to the United States. Geckos were increasingly kept as pets in the 1950s and 1960s, and an estimated 72 million were found in captivity all over the world. During this time, more spectacular captive hybrids and species were discovered. The majority of pet stores now carry these tiny creatures because demand for them only increased. Geckos are kept and bred in large numbers today, and there are more species than ever before. In addition, researchers are breeding new geckos of various colors and types with the assistance of cutting-edge genetic techniques in order to investigate the genetics of geckos. Since they have captivated us for centuries with their curious personalities and playful dispositions, the gecko's popularity is not surprising. They have also piqued our interest with their fascinating history, which is still evolving in the present day. Geckos are now kept in large numbers all over the world, from villas in the countryside to modern terrariums in cities, despite their humble beginnings millions of years ago. Our admiration and love for these wonderful little lizards grows as their captivating story progresses.

Can I use the random gecko names that this tool creates?

How many ideas can I generate with this Gecko Name Generator?

The Gecko Name Generator can generate thousands of ideas for your project, so feel free to keep clicking and at the end use the handy copy feature to export your gecko names to a text editor of your choice. Enjoy!

What are good gecko names?

There's thousands of random gecko names in this generator. Here are some samples to start: