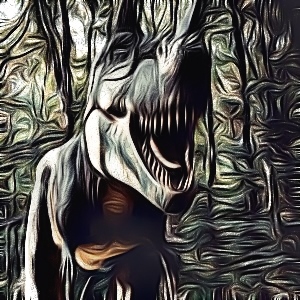 Use this Dinosaur Name Generator to find countless random dinosaur names for your next gaming adventure, story or any other kind of project. Enjoy!

How do historians choose names for dinosaurs?

When it comes to naming a new dinosaur species, historians have to consider many different factors. For example, they have to make sure the name is not too similar to another dinosaur's name. The name also needs to be descriptive and easy to pronounce. And, of course, it should be catchy!

Historians usually start by looking at the fossil itself. They look at the creature's size, shape, and any unique features it might have. They also look at where the fossil was found and what kind of rock it was found in. All of this information helps them come up with a list of potential names for the new dinosaur species.

Once they have a list of names, historians start doing some research. They read about other dinosaurs with similar names and see how those names were chosen.

A history of dinosaurs

From the first scientific descriptions of dinosaur fossils to their enigmatic disappearance many millions of years ago, the history of dinosaurs has captivated humans for centuries. From the Late Triassic period (about 230 million years ago) until the end of the Cretaceous period (about 65 million years ago), dinosaurs dominated terrestrial vertebrates for more than 140 million years. They changed into a wide range of sizes and shapes during this time, from giants that ate plants to predators that ate meat. About 230 million years ago, during the Late Triassic period, dinosaurs first appeared. The majority of Earth's land was consolidated into a single continent known as Pangaea at this time. The land was home to a relatively small number of reptile species. One of the most successful groups of animals to emerge during this time appears to have been dinosaurs, which quickly spread across continents and eventually replaced their more primitive reptilian ancestors. The earliest dinosaur species were likely carnivorous and small, likely eating insects and lizards. As more and more dinosaur species emerged over the course of time, so did their diets. Dinosaurs of many species evolved into enormous herbivores that ate a lot of vegetation. Some evolved into specialized predators that ate other dinosaurs and animals. The geographical distribution of dinosaurs began to change during the Jurassic period (roughly 201 million to 145 million years ago). This likely happened as a result of continental drift, which gradually started to separate the supercontinent Pangaea into its current shape. Dinosaurs were able to evolve into a wide range of new species thanks to the isolation of various land masses, including the giant sauropods, which were some of the largest land animals ever found. During the Cretaceous period (145-65 million years ago), numerous new species of dinosaurs, including large carnivores like T. Rex, emerged. Theropod dinosaurs like Velociraptor gave rise to birds during this time period as well. A massive extinction event that wiped out the majority of species on Earth, including all non-avian dinosaurs, occurred toward the end of this period. Although the precise cause of the extinction is still up for debate, it is most likely connected to an impact of an asteroid or comet that altered the climate of the entire planet and drastically altered habitats and environments. Although the catastrophic event that killed the dinosaurs brought an end to their long reign on Earth, their influence on culture and history cannot be overstated. Much of what we know about the biology, behavior, and ecology of the dinosaurs that once ruled our planet has been gleaned from their fossils. Dinosaurs continue to captivate the imaginations of children and adults alike. The scientific and cultural significance of dinosaurs' past will undoubtedly continue to be studied and discovered.

5 questions to help you come up with dinosaur names

Can I use the random dinosaur names that this tool creates?

How many ideas can I generate with this Dinosaur Name Generator?

The Dinosaur Name Generator can generate thousands of ideas for your project, so feel free to keep clicking and at the end use the handy copy feature to export your dinosaur names to a text editor of your choice. Enjoy!

What are good dinosaur names?

There's thousands of random dinosaur names in this generator. Here are some samples to start: