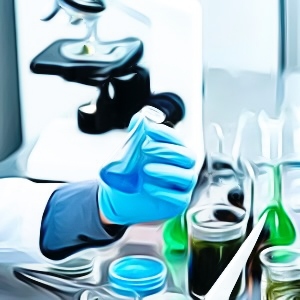 Use this Medicine Name Generator to find countless random medicine names for your next gaming adventure, story or any other kind of project. Enjoy!

How does medicine work?

How does medicine work? What we know is that medicine works by interacting with the body’s systems to relieve pain, fight disease, and improve health.

There are many different types of medicine, each with its own mechanism of action. For example, painkillers work by blocking pain signals from the brain; antibiotics work by killing bacteria; and cancer drugs work by interfering with cell growth.

A history of medicine

The field of medicine has been around for thousands of years, and numerous ancient civilizations made significant advances in it. This history shows how civilization has changed over time and how medical knowledge and technology have changed. As early as 3,000 B.C., medicine was practiced in ancient Egypt. Medical texts like the Edwin Smith Papyrus were available to doctors, who were well-versed in medical diagnosis. The anatomy of the human body, numerous diseases, and treatments like bloodletting and herbal remedies are all covered in this document. Additionally, analgesics were discussed in medical texts like the Ebers Papyrus, some of which are still in use today. The history of medicine was also greatly influenced by the ancient Greeks. Hippocrates is credited with laying the groundwork for modern medicine around 400 BC. He created the "Hippocratic Oath," a medical theory system that is still used today. Additionally, Hippocrates advocated for increased research into the causes of disease and pioneered numerous surgical procedures. The Holistic System, a brand-new system of medicine, began to be implemented in the Roman Empire in the year 100 AD. The mental, physical, and spiritual well-being of a person were all addressed by this system. The Romans developed numerous public health initiatives during this time, including the provision of clean water and sanitation. Medieval medicine was dominated by superstition and mystical beliefs, which led to a stagnation in medical knowledge. During the Renaissance, when medical knowledge rapidly advanced as a result of increased research and communication, a significant breakthrough in the history of medicine occurred. Scientists like Vesalius, Harvey, and Paracelsus made a lot of medical discoveries that helped build modern medicine. The germ theory of disease revolutionized medicine in the nineteenth century. The way we think about and treat illness was altered by this theory, which demonstrated how many diseases are brought on by microorganisms. During this time, a lot of new developments in medical technology were made, like the use of anesthesia and antiseptic methods, which made many medical treatments safer and more effective. The development of scientific and technological advancements at an unprecedented rate during the 20th century led to the rapid rise of modern medicine. Antibiotics, vaccines, genetic engineering, and the use of imaging techniques like x-rays and CT scans all emerged in this century. Every day, new treatments and medical breakthroughs are created as medical technology and knowledge continue to advance. The history of medicine demonstrates that there is still a great deal more that can be learned about the human body and illness, despite the exponential growth in our knowledge over the past few centuries.

Can I use the random medicine names that this tool creates?

How many ideas can I generate with this Medicine Name Generator?

The Medicine Name Generator can generate thousands of ideas for your project, so feel free to keep clicking and at the end use the handy copy feature to export your medicine names to a text editor of your choice. Enjoy!

What are good medicine names?

There's thousands of random medicine names in this generator. Here are some samples to start: