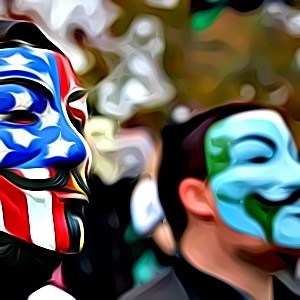 Use this Rebellion Name Generator to find countless random rebellion names for your next gaming adventure, story or any other kind of project. Enjoy!

Why do people start rebellions?

There are many reasons why people start rebellions. Some people do it because they want to make a change in the world, while others do it for power or money. Sometimes rebellions are started because people are angry or upset about something, and they want to lash out. Whatever the reason, rebellions usually have some sort of goal or purpose, even if it's just to cause chaos.

A history of rebellions

Since the beginning of human civilization, there have been rebellions. Rebellions in the ancient world typically took the form of civil wars, in which rival cities or regions competed for authority or autonomy. The majority of rebellions during the Middle Ages were religious in nature, often motivated by a perceived need to defend or reclaim one religion from opposing beliefs and practices. Rebellion was also viewed as a means of opposing monarchs, who frequently possessed complete power. The absolutism of Europe's monarchs gave way to a more open and sophisticated system of government in the 16th and 17th centuries. The emergence of open rebellion in Europe, typically manifested in the form of popular protest, was made possible by this alteration in social and political norms. For instance, the English Civil War of the 17th century saw open rebellion in a variety of forms, including the Printing Press and Leveler uprisings, all with the goal of creating a society that was more equitable and equitable. Revolution emerged as a significant feature of European politics in the 18th century. This was most evident during the American Revolution, when colonists rejected the rule of the British and declared independence in 1776. The need for rebellion against an oppressive monarchy was further demonstrated by the French Revolution of 1789, and the Haitian Revolution of 1791 was a significant illustration of a slave rebellion. National liberation movements and anti-colonial uprisings led to the fall of several European empires during the 19th century's mass mobilization. This trend is most well-known in the Latin American Wars of Independence, which were led by liberators like Simón Bolvar. The Indian Rebellion of 1857 and the Taiping Rebellion in China are two other significant rebellions from this time period. Rebellion continued to be a major force in social and political change throughout the 20th century. The Tsarist regime in Russia was completely overthrown in 1917 by the Russian Revolution, and Porfirio Diaz's dictatorship in Mexico was overthrown in 1910 and 1920 by the Mexican Revolution. More recently, massive youth-led protests in the Middle East during the 2011 revolts, also known as the Arab Spring, were organized to oppose oppressive regimes. Today, rebellion is still a significant part of politics. The call for open rebellion against oppressive and undemocratic regimes persists as the need for democratic change grows. It is evident that rebellion will continue to be an effective method for achieving political and social reform, regardless of the target being a corrupt government or a powerful corporation.

Can I use the random rebellion names that this tool creates?

How many ideas can I generate with this Rebellion Name Generator?

The Rebellion Name Generator can generate thousands of ideas for your project, so feel free to keep clicking and at the end use the handy copy feature to export your rebellion names to a text editor of your choice. Enjoy!

What are good rebellion names?

There's thousands of random rebellion names in this generator. Here are some samples to start: