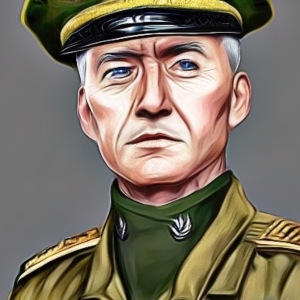 Use this Rank Name Generator to find countless random rank names for your next gaming adventure, story or any other kind of project. Enjoy!

How do ranks work in the military?

In the military, ranks are a system of identifying a soldier's experience, expertise and position within the hierarchy. There are different ranks for enlisted soldiers, warrant officers and commissioned officers. Each rank has different responsibilities and authority.

A history of ranks

Men have always relied on the rank system to command armies and conquer enemies. Ranks have been crucial to success on and off the battlefield from ancient times to modern warfare. The evolution of ranks over time is told in this story. China has records of rank going back to 2400 BCE. Chinese armies were divided into various ranks during the Qin dynasty, including generals, captains, and infantrymen. The Chinese military found this hierarchical structure to be extremely effective, and it was eventually adopted by other cultures, including the Greeks and Romans. The ranks of the Roman empire were also clearly defined. The Romans had four distinct ranks at the height of their empire: Legates were in charge of entire legions, Tribunes were in charge of larger units, Centurions were in charge of smaller units, and Generals were in charge of entire armies. The Roman military's highest ranks cultivated a sense of admiration and respect among the lower ranks. The feudal system, which consisted of Lords, Vassals, Knights, and Foot Soldiers, was used to organize armies in the medieval era. The most powerful Lords made up the ruling class and had authority over their vassals, and these ranks were based on wealth and power. In contrast, knights were a select group of soldiers who frequently assumed the role of generals in battle. Most major European nations had modern rank systems in place by the 18th and 19th centuries. For instance, the traditional ranks of corporal, sargeant, major, and general existed in the French army. In the meantime, the British army employed its own rank system, with a colonel at the top and captains and lieutenants below them. The majority of nations had adopted the enlisted, non-commissioned officer (NCO), and commissioned officer rank systems by the start of World War I. The majority of the military is made up of enlisted personnel, who are the most basic level of troops. NCOs are in charge of managing the enlisted personnel, and officers have overall command and authority. Over the course of several millennia, ranks have had a significant impact on the course of warfare, and they continue to do so in modern armies. Ranging and the hierarchy they establish aid in the organization and structure of armies, enabling them to function as a cohesive unit and achieve success both on and off the battlefield from ancient times to modern warfare.

Can I use the random rank names that this tool creates?

How many ideas can I generate with this Rank Name Generator?

The Rank Name Generator can generate thousands of ideas for your project, so feel free to keep clicking and at the end use the handy copy feature to export your rank names to a text editor of your choice. Enjoy!

What are good rank names?

There's thousands of random rank names in this generator. Here are some samples to start: