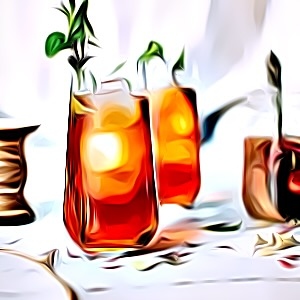 Use this Drink Name Generator to find countless random drink names for your next gaming adventure, story or any other kind of project. Enjoy!

How do bartenders come up with new names for drinks?

Inventing a new drink is often only half the battle for bartenders – the other half is coming up with a catchy name for it. And while some drinks are named after their ingredients or the glass they’re served in, others are named for their effect on the drinker or simply because they sound good. So how do bartenders come up with all these clever names?

There’s no one-size-fits-all answer to this question, as every bartender has their own process for naming drinks. Some might start by brainstorming a list of potential names based on the ingredients or concept of the drink, while others might come up with the name first and then develop the recipe around it. Some bartenders even keep a running list of possible names that they can refer back to when inventing new drinks.

A history of drinks

Drinking has been enjoyed and consumed since recorded history began. Since humans began hunting and gathering, they have relied on liquids for sustenance. In fact, liquids may have even existed before solid food. Humans have been combining liquids with spices, herbs, and other plants since ancient times. Some of the earliest people to drink malt beverages flavored with honey, old fruits, herbs, and grains were the ancient Romans. One of the earliest known fermented beverages, honey wine, or mead, dates back to numerous ancient cultures. Millet and sorghum have been used for centuries to make a sour beer in Africa. Pulque, an alcoholic beverage made from fermented agave sap, was consumed in Mexico as early as 200 AD. Beer and other fermented drinks were not new to the Europeans. During the Medieval era, numerous of Europe's earliest pubs opened and offered a variety of beers and wines to customers. Coffee and tea have also been around for centuries and are now commonplace in many cultures. Tea is thought to have been consumed as early as 2737 BC in China, where it was first produced. In the 15th century, traders brought coffee to Europe, where it quickly gained popularity across the continent. Hard liquor, such as whiskey, gin, vodka, and rum, gained popularity in the 19th and early 20th centuries. Also around this time, soft drinks like Coca-Cola were invented, launching a new era of sodas, tonics, and other drinks to quench thirst. In the United States, it was against the law to drink during the prohibition era. This was meant to stop people from drinking alcohol, but it also led to the creation of other drinks, like the cocktail. Even after prohibition was lifted in 1933, cocktails continued to be popular. Craft beers and spirits have recently gained popularity. There have been a lot of microbreweries opening all over the world to provide customers with a variety of beer flavors and styles. Craft distilleries have also seen an increase in popularity, with many distillers trying out new flavors and sourcing local ingredients. Since the beginning of time, drinking has been a part of human life. Drinks continue to play a significant role in everyday life everywhere, despite the fact that the specific beverages that people consume vary from culture to culture and even from era to era.

5 questions to help you come up with drink names

Can I use the random drink names that this tool creates?

How many ideas can I generate with this Drink Name Generator?

The Drink Name Generator can generate thousands of ideas for your project, so feel free to keep clicking and at the end use the handy copy feature to export your drink names to a text editor of your choice. Enjoy!

What are good drink names?

There's thousands of random drink names in this generator. Here are some samples to start:

More on drink names across the web

Can't get enough of generating drink names? Then continue exploring: