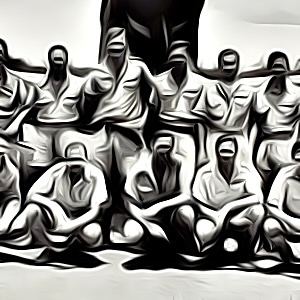 Use this Squad Name Generator to find countless random squad names for your next gaming adventure, story or any other kind of project. Enjoy!

How do team members name their squads?

When it comes to naming their squads, team members have a few different options. They can either come up with a name themselves, use a squad name generator, or choose from a list of pre-made names.

A history of squads

Since the beginning of human civilization, the concept of working in small groups or squads to accomplish a common goal has existed. The concept has evolved over time and is now incorporated into nearly every aspect of our lives and culture. In the ancient civilizations of China and India, the first squad-like groups were warrior units made up of a few hundred soldiers and frequently led by a commanding officer. In order to defend and control areas that were too vast and complicated for a single army or leader to manage, these ancient armies adopted the strategy of forming small militia squads. European nations adopted the strategy of forming smaller groups to defend their towns and borders against foreign adversaries during the Middle Ages. Military and police operations relied heavily on squads, which were typically led by a sergeant or corporal and comprised of a few dozen soldiers. These units collaborated on a variety of projects, including surprise attacks, ambushes, and patrols. Squads were used not only in military conflicts during the Age of Enlightenment but also in social and government activities like providing medical and civil aid. During the Industrial Revolution, the concept of a dedicated team of workers for business and industry was introduced, adding to this trend toward civil engagement. These teams of five to ten people who collaborated on a particular project or job were more commonly referred to as "gangs." Squads began to be used for non-military purposes like providing social services and education as the 20th century got underway. The first documented use of squads for a non-combat purpose, the Women's Army Auxiliary Corps was established by the United States in 1917, and other nations followed suit with their own Women's Auxiliary Corps. This was the first documented use of squads for a non-combat purpose. The concept of small teams of firefighters, police officers, and other emergency personnel working together to respond to a variety of incidents became more common worldwide during the Second World War. The idea of squads was modified to take advantage of the most recent technologies, such as in air and ground-based operations, as the century progressed and technology advanced. The concept of squads, in which specialized groups of people collaborate to complete a task, is much the same as it has been throughout history. However, the scope of their activities has significantly expanded, now encompassing a wider range of roles, including security and rescue operations, law enforcement, and disaster relief. Numerous current military, police, and other government organizations rely heavily on squads, and it appears that the concept of squads will continue to be used in the foreseeable future.

Can I use the random squad names that this tool creates?

How many ideas can I generate with this Squad Name Generator?

The Squad Name Generator can generate thousands of ideas for your project, so feel free to keep clicking and at the end use the handy copy feature to export your squad names to a text editor of your choice. Enjoy!

What are good squad names?

There's thousands of random squad names in this generator. Here are some samples to start:

More on squad names across the web

Can't get enough of generating squad names? Then continue exploring: