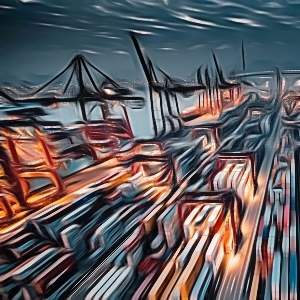 Use this Harbor Name Generator to find countless random harbor names for your next gaming adventure, story or any other kind of project. Enjoy!

What are harbors used for?

A harbor is a body of water protected from the open sea by natural or artificial barriers. Harbors can be used for many different purposes, including recreation, fishing, and trade.

Most harbors are located near urban areas so that they can be used for commerce. Goods that are transported by ship often pass through a harbor on their way to and from marketplaces. Harbors also provide a safe place for ships to dock and take on or unload cargo and passengers. In some cases, such as at military facilities, harbors are used primarily for strategic purposes.

A history of harbors

Many ancient civilizations recognized the benefits of harbors and took steps to construct and maintain them, tracing their history back thousands of years. There are many reasons why harbors have been important, but the most important ones are that they protect ships from storms and open trade routes. The first known harbor is located in southern Turkey and dates back to 3500 B.C. There is evidence that it was used to protect early ships traveling through the Mediterranean. This was one of the first harbors in the Mediterranean, but over the next few centuries, there would be many more in the area. Harbors were an essential part of life in ancient Greece and Rome. They protected the two empires from naval attacks and laid the groundwork for trade between them. The two empires put resources into organizing and maintaining their harbors because they realized how crucial it was to protect them. It is believed that the Roman Empire constructed some of the earliest port facilities in the world. They built impressive dockyards for shipbuilding and repair as well as massive breakwaters that formed protected harbors. Additionally, they created harbors that could accommodate their enormous cargo ships, making them an essential part of the ancient Roman economy. Numerous harbors were abandoned during the Middle Ages. The rise of feudalism and the Black Death hampered travel and trade, as well as the size of naval forces. This pattern persisted up until the time of exploration, when harbors began to play an important role in the global economy. In the 17th and 18th centuries, the British navy was strong because of their impressive harbor system. The British built and maintained numerous large, fortified harbors following their victory at the Battle of Trafalgar, enabling them to become the world's leading trading nation for more than a century. Some of the major battles in the American Revolution were fought over disputed ports, so harbors also played a significant role. In order to facilitate increased trade with other nations following the revolution, the US government worked to construct better docking and harbor facilities along the nation's coasts. Numerous cultures have retained harbors as significant components. Today, many of the world's biggest cities are built on harbors, and harbors are still important for business and leisure. The harbors of some of the world's largest cities, like New York and Hong Kong, are examples of cities that thrive. Since the beginning of time, harbors have been an essential component of civilization. Harbors have been crucial to the development of modern society in a variety of ways, from providing protection to facilitating international trade. For centuries to come, harbors will continue to shape the global economy and play a significant role in our daily lives.

5 questions to help you come up with harbor names

Can I use the random harbor names that this tool creates?

How many ideas can I generate with this Harbor Name Generator?

The Harbor Name Generator can generate thousands of ideas for your project, so feel free to keep clicking and at the end use the handy copy feature to export your harbor names to a text editor of your choice. Enjoy!

What are good harbor names?

There's thousands of random harbor names in this generator. Here are some samples to start: