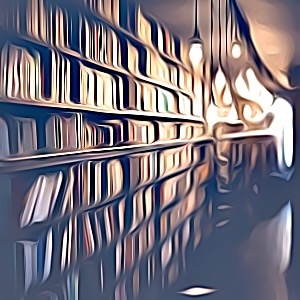 Use this Library Name Generator to find countless random library names for your next gaming adventure, story or any other kind of project. Enjoy!

Why do we have libraries?

For centuries, libraries have been essential institutions within communities. They provide a space for people to come together and access information and resources. Libraries also play a vital role in promoting literacy and education. In many ways, they are the heart of a community.

A history of libraries

The study of the history of libraries, which spans centuries, has piqued the interest of many people all over the world. It tells the story of how information and knowledge were stored, organized, and spread over time. It also sheds light on how libraries, librarians, and the services they provided have developed over time. It is believed that the Mesopotamian people were the first to establish what is known as a library. The ancient people of the Near East kept records on clay tablets that contained religious literature, accounting records, economic texts, and histories. The majority of the texts came from originals in the palaces' royal archives. In the end, this practice spread to Ancient Egypt and the Library of Alexandria, a center for learning and research that was in operation for roughly three centuries. It is estimated to contain tens of thousands of works, including historical accounts and ancient Greek theatrical dramas. The spread of Christianity and the Church's rise to prominence in European society were inextricably linked to the expansion of libraries during the Middle Ages. During this time, religious texts, records, and the history of the time were kept in monasteries. They gave patrons access to texts and manuscripts that were not normally available for free. Eventually, these collections served as the foundation for some of the first public libraries. In the arts, sciences, and other areas of study, the Renaissance was a time of great knowledge and progress. Public libraries were also established in a lot of cities and towns during this time period. Scholars like Johannes Gutenberg and other pioneers of the printing press made books more accessible to the public, facilitating greater access to knowledge. The typewriter's development also facilitated the expansion of libraries worldwide and the rapid production of printed materials. Libraries were much more than just a place to store books by the 19th century. They had grown to be an important source of information and had contributed significantly to the spread of education, industry, and commerce. Intellectuals and thinkers could now gather in the library to exchange information and discuss ideas. Not only did libraries expand in size, but they also started to include more useful resources like articles, periodicals, and audio-visual materials. Through the internet and other digital channels, libraries continue to provide an enormous amount of knowledge and information. They provide access to a growing collection of resources and data, making them an essential component of both education and research. Even though it now includes much more than just books, the library is still the foundation of any community. Libraries' ongoing history and development are a never-ending journey that has the potential to benefit our societies for generations to come.

Can I use the random library names that this tool creates?

How many ideas can I generate with this Library Name Generator?

The Library Name Generator can generate thousands of ideas for your project, so feel free to keep clicking and at the end use the handy copy feature to export your library names to a text editor of your choice. Enjoy!

What are good library names?

There's thousands of random library names in this generator. Here are some samples to start: