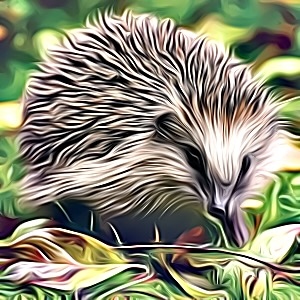 Use this Hedgehog Name Generator to find countless random hedgehog names for your next gaming adventure, story or any other kind of project. Enjoy!

What kind of animal is a hedgehog?

A history of hedgehogs

One of the most beloved and iconic animals in the world, the hedgehog has a fascinating and long history that has captivated generations of people's imaginations. The first evidence of hedgehogs living was found in ancient Egypt. These amiable critters quickly gained the title of Pharaoh's Favorite because Egyptians appreciated and valued their characteristics. Hedgehogs were even used in some of the ancient pharaohs' religious ceremonies during this time. The Romans brought the hedgehog to Europe later. Because locals found them to be excellent predators and small animal hunters, they were kept for centuries. After being used as a pest control for hundreds of years in Europe, hedgehogs gained the moniker "European Hedgehogs" around the world. Hedgehogs then spread even further and could be found in many different places, from Africa to Australia. They were frequently kept as pets in Europe, and the English royal family of the 18th century had a particular fondness for the adorable animals. There were a number of different breeds of hedgehogs by the 19th century, and they were popular in zoos and menageries all over the world. Hedgehogs became even more popular as pets in the 20th century. In order to produce hybrids like the European Long-Haired Hedgehog and the African Pygmy Hedgehog, people began breeding them. This led to an increase in the variety of the animals and their widespread popularity. Nowadays, hedgehogs are kept as household pets all over the world. These animals are now protected from cruel treatment and the unregulated sale of hedgehogs as pets in many nations. The popularity of hedgehogs is still on the rise. They are depicted in popular culture, such as movies and video games, which has only served to enhance their appeal. And what's not to like? Hedgehogs are a symbol of the animal kingdom because they are adorable, fuzzy, and full of personality.

5 questions to help you come up with hedgehog names

Can I use the random hedgehog names that this tool creates?

How many ideas can I generate with this Hedgehog Name Generator?

The Hedgehog Name Generator can generate thousands of ideas for your project, so feel free to keep clicking and at the end use the handy copy feature to export your hedgehog names to a text editor of your choice. Enjoy!

What are good hedgehog names?

There's thousands of random hedgehog names in this generator. Here are some samples to start: