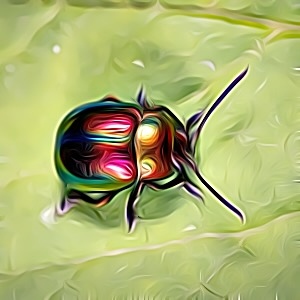 Use this Bug Name Generator to find countless random bug names for your next gaming adventure, story or any other kind of project. Enjoy!

What kinds of bugs are there in the world?

A history of bugs

Bugs have been around since the beginning of the computer age. At the end of the 1940s, computers were the size of a room, and software was designed with hardware in mind. At the time, programming languages weren't designed to handle a lot of code. Consequently, bugs were prevalent and have continued to exist ever since. When Grace Hopper discovered a moth stuck in a relay of the Harvard Mark II computer in 1947, she coined the term "bug." The engineers made fun of it and called it a "bug," which has stuck ever since. Programming languages like FORTRAN, COBOL, and BASIC emerged during the preceding decades, as did larger, more complex computers. Bugs also evolved with these languages. Computers were able to handle more complex commands thanks to compilers, which made it possible to write more code and discover more bugs. There was an increase in the likelihood of serious errors as complexity increased. A bug shut down a computer at the Royal Radar Establishment in Great Britain in 1970. This was the first instance of a "software bug" destroying software that was essential to a mission. Finding and fixing bugs became increasingly important as software became a part of everyday life. The first computer system to include a debugging software package was the IBM 360/370, which was released at the end of the 1960s. The user was able to find, isolate, and resolve bugs thanks to the package. Higher levels of abstraction and powerful debugging tools have fueled the modern era of debugging. The widespread use of software and Internet-based applications necessitates intricate debugging techniques for locating and resolving underlying issues. Using cutting-edge tools like profilers and debuggers, developers today are able to find and fix bugs more quickly. Bugs are still a part of software development today, and it is likely that they will continue to be so for some time to come. But developers can quickly find and fix bugs with the help of powerful debugging tools, which makes software better and more reliable.

Can I use the random bug names that this tool creates?

How many ideas can I generate with this Bug Name Generator?

The Bug Name Generator can generate thousands of ideas for your project, so feel free to keep clicking and at the end use the handy copy feature to export your bug names to a text editor of your choice. Enjoy!

What are good bug names?

There's thousands of random bug names in this generator. Here are some samples to start: