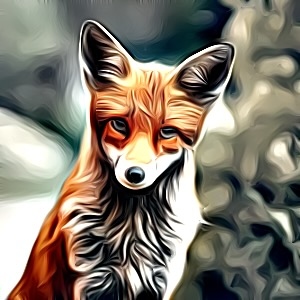 Use this Fox Name Generator to find countless random fox names for your next gaming adventure, story or any other kind of project. Enjoy!

What kind of animal is a fox?

A fox is a small to medium-sized canid, typically weighing 4-8 pounds and measuring 16-21 inches from nose to tail. Foxes have pointy faces, bushy tails, and relatively long legs. Their fur is usually reddish-brown, but it can also be gray, black, or silver.

Foxes are cunning and intelligent animals. In the wild, they are known for their hunting skills, as they are able to take down prey much larger than themselves. They are also proficient swimmers and climbers.

In many cultures, the fox is considered to be a trickster spirit, due to its cunning nature. It is also a popular symbol of good luck in Asia.

How are foxes portrayed in stories?

Foxes have been used as symbols in stories for centuries. In some cultures, they are considered to be cunning and sly, while in others they are seen as helpful and clever. Often, foxes are used to represent the trickster figure in folklore. This is because they are known for their ability to outwit their enemies.

Foxes have also been associated with magic and mystery. In many tales, foxes are able to transform themselves into other animals or humans. They are also said to have nine lives, which is why they are often seen as lucky creatures.

Overall, foxes are complex creatures that can be seen as both good and bad depending on the story. They are often used to teach moral lessons or provide entertainment through their mischievous antics.

A history of foxes

Since ancient times, foxes have been a central figure in literature and folklore due to their witty wit and playful disposition. Foxes have a long and varied history in human mythology and culture, often depicted as sly tricksters. The history of foxes and how their roles have evolved over time will be examined in this article. For thousands of years, foxes and humans have coexisted. They are thought to have first made their way to Europe 600,000 years ago, and then to Japan several hundred thousand years later. Foxes were originally primarily wild animals that ate small game and scavenged for food. Over the course of history, foxes have featured in numerous legends and myths. They were known as the trickster animal associated with Hecate, the goddess of chaos, in ancient Greek literature. They were associated with deception and trickery in ancient Rome. Foxes are said to have special magic powers in Japanese folklore that allow them to both harm and heal humans. Additionally, foxes were utilized for hunting, particularly by some Native American tribes. The fox's amazing senses enabled it to locate prey from a great distance, despite the fact that its small size made it difficult to hunt. When they detected their prey's presence, foxes would alert their owners and were rewarded with meat for their efforts. For centuries, foxes have also been kept as pets. Foxes were kept as domesticated animals in Europe and Asia, and they were even occasionally displayed in public as a status symbol and entertainment. Red foxes were frequently kept and tamed on farms in the United States as hunting and security animals. Although they are still kept as pets in some parts of the world, foxes are mostly wild animals today. They are respected by many people, featured in myths and folklore, and domesticated. Despite human attempts to eradicate them, foxes have survived and thrived due to their intelligence and adaptability. Foxes have survived the test of time thanks to their varied and rich history.

5 questions to help you come up with fox names

Can I use the random fox names that this tool creates?

How many ideas can I generate with this Fox Name Generator?

The Fox Name Generator can generate thousands of ideas for your project, so feel free to keep clicking and at the end use the handy copy feature to export your fox names to a text editor of your choice. Enjoy!

What are good fox names?

There's thousands of random fox names in this generator. Here are some samples to start: