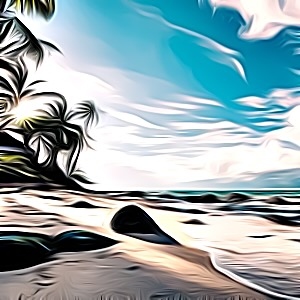 Use this Beach Name Generator to find countless random beach names for your next gaming adventure, story or any other kind of project. Enjoy!

How do beaches get their names?

Beaches are named after a variety of things, from the nearby town or city to the natural feature of the coastline. In some cases, beaches are named for the people who discovered them or who were the first to settle there. Here are a couple of examples of how beaches get their names:

Can I use the random beach names that this tool creates?

How many ideas can I generate with this Beach Name Generator?

The Beach Name Generator can generate thousands of ideas for your project, so feel free to keep clicking and at the end use the handy copy feature to export your beach names to a text editor of your choice. Enjoy!

What are good beach names?

There's thousands of random beach names in this generator. Here are some samples to start: