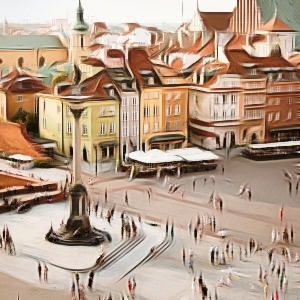 Use this Plaza Name Generator to find countless random plaza names for your next gaming adventure, story or any other kind of project. Enjoy!

What kinds of names do cities choose for their plazas?

Why do cities name their plazas after things, people, or events? And how do they decide what to name them? There are a few factors that go into choosing a name for a plaza. The first is finding a name that is significant to the city, and the second is making sure the name is appropriate for the space. Lastly, city officials want to choose a name that will be meaningful to the community and represent the city in a positive light.

A history of plazas

With a long and illustrious history that spans centuries, the Plaza is one of the world's most iconic public spaces. Since ancient times, plazas have been at the center of cities and continue to play a significant role in urban life. In Mesopotamian cities from the fourth millennium BC, plazas were first used as places for people to gather together in public. Public events like market days, sporting events, and religious ceremonies took place in these plazas, which were frequently situated in the heart of the city. Plazas were the primary public gathering places in ancient Greece and Rome, where people could socialize, discuss politics, and trade goods. Residents embraced these gathering places as a symbol of their identity as they became the center of societies. The modern plaza first appeared during the Medieval period, when large open-air town squares with cobblestone plazas were built. These places of gathering were the center of the community, and shops and restaurants frequently popped up around them. This was especially true in Italian cities like Rome, Florence, and Pisa, where grand piazzas became important parts of cities. The grand plaza was introduced to the Americas by the Spanish Empire in the 16th century, giving open spaces in cities like Mexico City and Lima a distinctly European feel. They are still widely celebrated today and quickly became the center of social life in the New World. The civic plaza emerged during the 19th and 20th centuries, when cities commissioned public spaces to serve as civic pride monuments. Green public spaces like civic parks and small town squares often complemented these formal plazas like the Washington Monument. Each of these open spaces is unique in its own way, but they all come together to form the fabric of a bustling urban center. Today, plazas continue to be hubs for business, cultural, and civic life. These public spaces are celebrated in a variety of ways, including with artwork, fountains, and shopping plazas. Whether they are modern or historic, plazas are an essential type of public space where people can gather and interact with one another and their communities. The development of human society and culture is traced through the history of plazas. The plaza has always been a place to share ideas and make friends, from its humble beginnings in ancient cities to the extravagant civic plazas of today. For centuries to come, plazas will continue to be an integral part of town and city life in a world that is becoming increasingly urban.

5 questions to help you come up with plaza names

Can I use the random plaza names that this tool creates?

How many ideas can I generate with this Plaza Name Generator?

The Plaza Name Generator can generate thousands of ideas for your project, so feel free to keep clicking and at the end use the handy copy feature to export your plaza names to a text editor of your choice. Enjoy!

What are good plaza names?

There's thousands of random plaza names in this generator. Here are some samples to start: