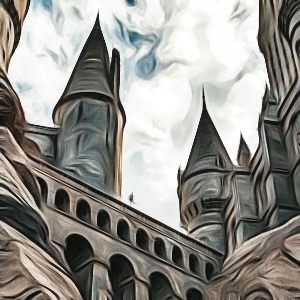 Use this Castle Name Generator to find countless random castle names for your next gaming adventure, story or any other kind of project. Enjoy!

What were castles mainly used for in the past?

Castles served a number of purposes in the past, the most important of which was to act as a fortification against enemy aggressors. They were also used as residences for nobility and their families, and as a base of operations for military campaigns. In some cases, castles were even used as prisons.

How do castles get their names?

Most castles are named after the people who built them or the families who have owned them for generations. Sometimes, castles are named after the closest town or village, like Windsor Castle in England. Other times, they're named for their location, like Castle Rock in Colorado. And sometimes, they're just given cool names that have nothing to do with anything, like Neuschwanstein Castle in Germany.

So how do you name your own castle? Well, if you're lucky enough to have one, you can probably come up with something yourself. But if you need some help, there are a few castle name generators out there on the internet that can give you some ideas, like this one.

Do people still live in castles these days?

In medieval times, castles were built as a means of defense against invading armies. Today, they are mostly used as tourist attractions or for special events. There are a handful of people who still live in castles, but they are generally considered to be more of a novelty than anything else.

The life of a modern day castle-dweller is not quite as glamorous as one might think. In addition to the cost of upkeep, there is also the issue of safety. These days, most castles are located in rural areas and are not easy to defend against intruders.

While living in a castle is not as common as it once was, there are still a few people who call these historic buildings home. For those who are looking for something unique, a castle just might be the perfect place to live.

Can I use the random castle names that this tool creates?

How many ideas can I generate with this Castle Name Generator?

The Castle Name Generator can generate thousands of ideas for your project, so feel free to keep clicking and at the end use the handy copy feature to export your castle names to a text editor of your choice. Enjoy!

What are good castle names?

There's thousands of random castle names in this generator. Here are some samples to start:

More on castle names across the web

Can't get enough of generating castle names? Then continue exploring: