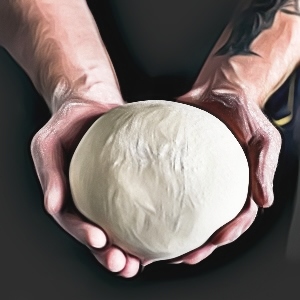 Use this Bakery Name Generator to find countless random bakery names for your next gaming adventure, story or any other kind of project. Enjoy!

How long have bakeries been around?

Bakeries have been around for centuries, with the first recorded mention of one dating back to Ancient Rome. The word itself is derived from the Latin word for bread, which was the mainstay of the bakery’s menu. In medieval Europe, bakeries were often run by monasteries and supplied bread to the local community. Today, bakeries can be found in almost every city and town, selling a wide variety of breads, pastries and cakes.

A history of bakeries

Bakeries have been an important part of the cultures of many societies all over the world for many centuries. Baking has been a popular pastime for thousands of years, with the earliest known oven dating back to around 30,000 B.C. Archaeological evidence suggests that this ancient oven, which was found in Southwestern France, was used to bake bread. Baking establishments date all the way back to Ancient Egypt. These bakeries were run by a wide range of individuals, including cooks, bakers, and even priests. Making bread was considered a sacred act in Ancient Egypt, and Osiris, the god of bread and beer, was closely associated with the practice. The baking industry quickly spread throughout the Roman Empire due to the high demand for bread. Baking was a high-status occupation during this time, and many wealthy Roman households owned their own private bakeries with apprentices and specialized bakers. Professional bakers began to specialize in bakeries during the Middle Ages, which saw a shift in the production of bread. This was due to the rise of monasteries and the production of more bread to satisfy the large and expanding population. Proofing, grinding wheat, and adding ingredients were just a few of the methods that bakers began employing during this time to alter the bread's appearance, flavor, and texture. The development of the oven revolutionized the bread-making industry during the Renaissance. Ovens made it possible to make new, more intricate breads and produce more bread at a larger scale with greater efficiency. Bakeries became more specialized during this time, with bakers focusing on breads for specific occasions. During this time, bakeries frequently operated as retail establishments, offering a wide range of pastries, cakes, baked goods, and other confections for purchase. The production of bread and other baked goods became increasingly industrialized in the 1900s and 2000s. Large bakeries began to appear, substituting mass-produced goods for more conventional artisan bakeries. However, these industrial bakeries continued to largely rely on some of their predecessors' methods, such as proofing and preparation. Additionally, the development of specialized bakeries like wedding and patisserie specialists began. There are bakeries all over the world today. Ordering baked goods and pastries has never been easier thanks to the rise of online commerce and delivery services. Additionally, a growing number of bakeries are beginning to offer specialized goods tailored to specific occasions or dietary requirements. In a nutshell, bakeries have had a long and varied history. The history of bakeries is a testament to the skill and innovation of bakers over the centuries, from Ancient Egypt, where baking bread was considered a sacred activity to today, when bakeries incorporate more intricate techniques and more individualized goods.

5 questions to help you come up with bakery names

Can I use the random bakery names that this tool creates?

How many ideas can I generate with this Bakery Name Generator?

The Bakery Name Generator can generate thousands of ideas for your project, so feel free to keep clicking and at the end use the handy copy feature to export your bakery names to a text editor of your choice. Enjoy!

What are good bakery names?

There's thousands of random bakery names in this generator. Here are some samples to start:

More on bakery names across the web

Can't get enough of generating bakery names? Then continue exploring: