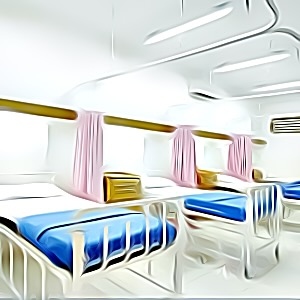 Use this Hospital Name Generator to find countless random hospital names for your next gaming adventure, story or any other kind of project. Enjoy!

Since when have hospitals been around?

Hospitals have been around for centuries, dating back to the 11th century. The first hospital was built in Cairo, Egypt and was known as the Grand Bimaristan. This hospital was unique at the time because it was open to all, regardless of social status or religion.

Throughout the centuries, hospitals have continued to play an important role in society. They provide a place for the sick and injured to receive medical care and treatment. Hospitals also serve as a research center for new medical treatments and procedures.

Today, there are over 7,000 hospitals in the United States alone. With advances in medicine and technology, hospitals are able to provide a wide range of services to their patients. From routine check-ups to life-saving surgeries, hospitals play a vital role in keeping us healthy and safe.

Who decides on names for new hospitals?

The process of naming a new hospital can be a long and difficult one. There are many factors that must be taken into account, and the decision is often left up to a committee of hospital administrators and board members. However, there are a few things that must be considered no matter who is making the decision.

First and foremost, the name of the hospital should be reflective of its mission and values. The name should be something that will instill confidence in patients and their families, as well as the community at large. It should also be easy to pronounce and spell, so that people can easily find it when they need it.

There are a variety of other factors that can come into play when choosing a name for a new hospital. Sometimes, the name of the street or area where the hospital is located can influence the decision.

A history of hospitals

The concept of constructing a building specifically for the sick, injured, and dying has a long history in human history. Hospitals have been providing essential services to those in need for centuries, beginning in ancient Greece and Rome. From their earliest beginnings to the present day, the history of hospitals is briefly examined in this section. The earliest hospitals that are known to have existed were small and had only a few rooms. Hippocrates, a Greek physician who is frequently referred to as the "father of medicine," is credited with laying the groundwork for modern medicine in the fourth century BC. His writings and advice on how to treat health problems became the standard for centuries of healthcare. Even though the ancient Greeks had an idea of a hospital, the first official facility is in the Roman Empire. The Valetudinarium was a military hospital that had facilities just for soldiers who had been wounded. Hospitals became more common in the Middle Ages, with religious organizations and monasteries leading the way in providing general medical care. These organizations, which were referred to as "hospitals of mercy," provided medical treatment as well as food, shelter, and care for the poor and needy. The Church would pay for care for those who couldn't afford it. In the 1600s, France, Italy, and the Netherlands developed the modern idea of a hospital with separate wards for various diseases. In the past, only the wealthy had access to hospitals in the United States. However, as medical technology and knowledge advanced, costs decreased, and more people were able to receive treatment in this manner. Hospitals expanded in size and complexity during the 19th and 20th centuries, introducing new treatments and improving patient comfort. With the development of antibiotics and the germ theory of disease, medical procedures became more effective, and the importance of trauma and burn centers, which are dedicated facilities that are able to provide care and services around the clock, grew. At the beginning of the 21st century, hospitals are an essential component of global healthcare systems. In addition to putting a greater emphasis on patient comfort and safety, hospitals are constantly adapting to new technologies and treatments. Since their inception, hospitals have offered patients with illnesses and injuries a secure and efficient setting in which to receive treatment. The purpose of the modern hospital is the same, even though it looks very different from hospitals from ancient Greece and Rome. Because they provide essential services to those in need, hospitals are an essential component of any healthcare system.

Can I use the random hospital names that this tool creates?

How many ideas can I generate with this Hospital Name Generator?

The Hospital Name Generator can generate thousands of ideas for your project, so feel free to keep clicking and at the end use the handy copy feature to export your hospital names to a text editor of your choice. Enjoy!

What are good hospital names?

There's thousands of random hospital names in this generator. Here are some samples to start: