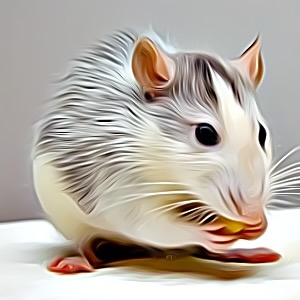 Use this Rat Name Generator to find countless random rat names for your next gaming adventure, story or any other kind of project. Enjoy!

What kind of animal is a rat?

Rats are interesting creatures that are often misunderstood. These intelligent animals have been used in research for years and have played an important role in our understanding of the world around us. Though they are often thought of as pests, rats are actually very clean animals that can make great pets. If you're thinking about getting a rat, there are a few things you should know about these fascinating creatures.

A history of rats

Rats have existed for centuries and have always been a part of human life. Rats have been found in ancient cultures all over the world. They have evolved into one of the world's most successful species since the earliest evidence, thriving in nearly every habitat and climate. Rats were a relatively new species when they first appeared in the fossil record 56 million years ago, during the dinosaur era. Although the specific species or subspecies of rats is unknown, it is likely that a primitive rodent was the rat's ancestor. Rats probably travel by land and sea trade routes to other parts of the world to spread. Rats had become a major problem in Europe and Asia by the middle ages. They were pests that destroyed crops, homes, and buildings in large numbers and were destructive domestic and agricultural pests. The most well-known example of a disease that the rats carried was the bubonic plague. Cleaning, sanitation, and rodent control were enforced by the era's governments to contain rat populations. Rats have become more domesticated and less of a nuisance in recent times. From farms and other agricultural lands to cities and everywhere in between, they can be found everywhere. Additionally, they are utilized in medical and scientific research, where their distinctive biological properties have been utilized to great effect. Humans and rats have had a long and complicated relationship. They have been destructive and have spread deadly diseases, but they have also proven to be trustworthy and adored pets. They are "smart" enough to be trained, and their joking behavior is frequently amusing and lovable. In today's society, the association of rats with filth and disease is also deeply ingrained and frequently used in a negative light. However, despite people's reservations about them, rats continue to play an essential role in the ecosystem as a whole. Farmers, gardeners, and other citizens benefit from their significant role as insect and weed predators. There are numerous species of rats found all over the world, all of which come in a variety of sizes and colors, and they continue to be a potent symbol of resilience and adaptability. Even though rats still have a lot of negative connotations, it is hoped that their relationship with humans in the future will be more positive because they serve as a living reminder of the dangers and opportunities of a changing world.

5 questions to help you come up with rat names

Can I use the random rat names that this tool creates?

How many ideas can I generate with this Rat Name Generator?

The Rat Name Generator can generate thousands of ideas for your project, so feel free to keep clicking and at the end use the handy copy feature to export your rat names to a text editor of your choice. Enjoy!

What are good rat names?

There's thousands of random rat names in this generator. Here are some samples to start: