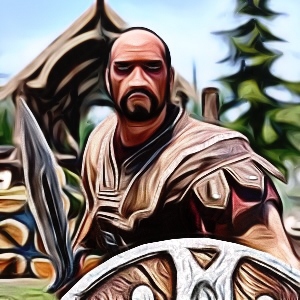 Use this Imperial Name Generator to find countless random Imperial names for your next gaming adventure, story or any other kind of project. Enjoy!

What kind of race are Imperials in Tamriel?

In the video game series Elder Scrolls, players can choose to be any of a number of different races. One race available to players is the Imperials, who are humanlike in appearance. Some players may wonder what kind of race Imperials are in Tamriel, the fictional world in which the games take place.

Imperials are a proud and noble race that values order and discipline. They are skilled warriors and diplomats, and their empire was once the most powerful force in all of Tamriel.

The Story of the Imperials in the Elder Scrolls

Imperials have been a stalwart presence in the world of Elder Scrolls since the first installment of the game. Drawing their influences from the Romano-Germanic period of the 4th and 5th centuries, the Imperials are depicted as a proud and noble people of Tamriel. Because of their adaptation of the Empire of Cyrodiil, the Imperials have become one of the driving forces in the politics of Tamriel. As well, their influence has been felt in many of the cultural and religious aspects of Tamriel.

The Imperials of Tamriel trace their ancestry back to the Nedic humans of the Cyrodiilic Empire, whose ancestors built the Imperial City. In the late Second Era, the Imperials united under a single spirit, known as the Septim Dynasty, to rule over Tamriel. It was the last of the Empire's great accomplishments before their kingdom was destroyed by magical forces in the Warp in the Sky of 4E 122.

Though the Empire of Cyrodiil was destroyed, the legacy of the Imperials has lived on in Tamriel. Their language, race and culture are spread throughout the continent and beyond. Even after the fall of Cyrodiil, the Imperials remain a formidable presence in both the spiritual and political landscape of Tamriel. They are often at the center of decision making and are heavily represented in the Elder Council and Imperial Battlemages.

Imperials are commonly regarded as ambitious and proud, but also loyal to their people. They are well respected for their diplomatic skills and skilled in tactics, strategy and warfare. Their use of expertise and knowledge in law and decrees has created an imperial code of governance that is still respected in many parts of Tamriel. They have a strong affinity towards the natural elements, particularly fire and lightning, and often use these forces to their advantage.

Their religious beliefs revolve around Akatosh, their patron god, who is said to be the first son of Anui-El, the God of Time. As a result of their faith, Imperials are known to worship their ancestors and seek the strength of ferocity in times of struggle. They also venerate their dragons, which form an important part of their cultural identity.

Throughout the Elder Scrolls series, the Imperials were always featured and were integral in shaping the politics, culture and religions of the world. They are often allied with other human races in Tamriel, such as the Bretons and Redguards, and are viewed as rulers instead of conquerors. They are highly respected and valued for their historic accomplishments and influence on the political climate of Tamriel.

The Imperials are an important part of the Elder Scrolls series, both in terms of lore and gameplay. As players explore the world of Tamriel, they will undoubtedly come across the proud, ambitious and noble Imperial people, who have been a dominant force in the politics and culture of Elder Scrolls for centuries.

Can I use the random Imperial names that this tool creates?

How many ideas can I generate with this Imperial Name Generator?

The Imperial Name Generator can generate thousands of ideas for your project, so feel free to keep clicking and at the end use the handy copy feature to export your Imperial names to a text editor of your choice. Enjoy!

What are good Imperial names?

There's thousands of random Imperial names in this generator. Here are some samples to start:

More on Imperial names across the web

Can't get enough of generating Imperial names? Then continue exploring: