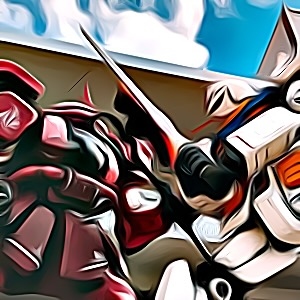 Use this Mecha Name Generator to find countless random mecha names for your next gaming adventure, story or any other kind of project. Enjoy!

What exacty is a mecha?

A mecha is a type of large robotic vehicle. They are often featured in science fiction stories and films. Mecha are usually used for battle or combat purposes, but can also be used for other purposes such as transportation or construction.

A history of mechas

Since the beginning of time, robots and mecha have been a part of our lives. Mecha have always been an important part of our culture, from the earliest depictions of robots in ancient mythologies to the modern powerhouses we see in literature, film, and gaming. Large, heavily armored robots called mecha They have become staples of numerous media subgenres as their complexity, size, and popularity have increased over time. Mecha can be humanoid or transform into vehicles, and they come in a wide range of sizes and shapes. They can be used for military or commercial purposes and frequently carry multiple weapons. The first mecha were depicted in myths and legends from Japan, China, and other regions in ancient times. These mecha were frequently depicted as gigantic humanoid warriors or mechanical animals. A significant battle involving these mecha took place in the city of Megazu in the seventh century, and from that point on, mecha became an integral part of Japanese culture. The first humanoid mecha was developed in the 18th century by a Japanese inventor named Jjir Tarukusu. The first example of a modern mecha was this one, which was called Tetsujin 28-go. An impressive machine with a variety of weapons and surveillance capabilities was created by Tarukusu. From that point on, humanoid mecha were the forerunners of the modern mecha. They had sophisticated weapons and abilities, making them some of the most potent weapons ever created. Gundam, a series of large humanoid robots created by Yoshiyuki Tomino, is the most well-known modern mecha. With numerous iterations and spin-offs featuring some of the most innovative and potent mecha ever created, Gundam is currently the most successful mecha franchise. Gundam has had a huge following ever since it was first released in 1979, and since then, it has been the subject of numerous films, video games, and comics. Mecha have gained popularity in movies, television shows, and even comic books in recent years. Mecha have appeared in a variety of settings in movies like Pacific Rim and Transformers, and the Marvel, DC, and Image comic book universes each have their own mecha. Armored Core, Zone of the Enders, and Cyberpunk 2077, on the other hand, give players the chance to pilot powerful mecha in realistic virtual environments. Mecha have been an important part of our culture for centuries, from their mythical beginnings to their current prominence in contemporary media. Mecha remain some of the most beloved and iconic robots in existence, and they continue to be a staple of numerous media, including games, films, and video games, despite changes in shape, complexity, and application.

5 questions to help you come up with mecha names

Can I use the random mecha names that this tool creates?

How many ideas can I generate with this Mecha Name Generator?

The Mecha Name Generator can generate thousands of ideas for your project, so feel free to keep clicking and at the end use the handy copy feature to export your mecha names to a text editor of your choice. Enjoy!

What are good mecha names?

There's thousands of random mecha names in this generator. Here are some samples to start: