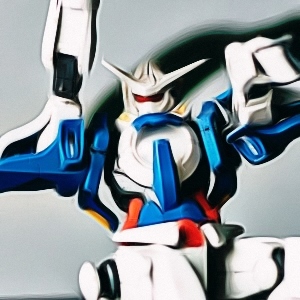 Use this Transformers Name Generator to find countless random Transformers names for your next gaming adventure, story or any other kind of project. Enjoy!

How were the Transformers comics created?

In the 1980s, Hasbro and Takara created a toy line of transforming robots. These toys were so popular that they spawned a comic book series. The original comics were published by Marvel Comics and were written by Bob Budiansky. The comics told the story of the Autobots, who were good robots, and the Decepticons, who were evil robots. The Autobots fought against the Decepticons to save their home planet of Cybertron.

A history of Transformers

In the early 1980s, Japanese company Takara Tomy and Hasbro established the Transformers franchise as a toy line. It featured transforming robots that could transform into humanoid figures from vehicle modes. Later, these were made into live-action films, comic books, and animated series. The Takara Tomy Diaclon toy line served as the inspiration for the original Transformers series, which debuted in 1984. The line of figures had robots that could change into a variety of animals, machines, and vehicles, giving kids endless play options. They were promoted as a means of bridging the gap between generations, with Generation 1 dolls featuring conventional robots and Generation 2 dolls featuring more stylized designs. Based on the toy line, Marvel Comics published a three-issue comic book series in 1985. The feuding Autobots and Decepticons were given a complicated backstory and history, and it set the stage for future stories and continuations. A short-lived Saturday morning cartoon series ran alongside the comic book series. The release of Transformers: The Last Knight in 1986 brought the franchise to new heights of popularity. The Film. Fans were introduced to new characters and the comic book and cartoon series were continued in this animated film. It was a huge hit, and the soundtrack peaked at number one on the Billboard 200 chart in the United States. The first live-action Transformers movie then opened in theaters in 2007. The story of the movie, which was directed by Michael Bay, was about the Autobots and Decepticons arriving on Earth and fighting over control of the Allspark, a powerful cube. The movie was a huge financial success, making more than $700 million worldwide. Six more live-action films, several animated series, and even attractions for theme parks are based on Transformers. The release of Transformers: The Last Knight was one of the franchise's most significant events. In 2014, the movie Age of Extinction became the franchise's highest-grossing release and helped propel the brand to even greater popularity. One of the most adored and well-known brands worldwide is still the Transformers franchise. It has characters that have become icons for generations, and its following continues to expand with each new generation. It has established itself as a cultural phenomenon by expanding beyond its initial toy line.

5 questions to help you come up with Transformers names

Can I use the random Transformers names that this tool creates?

How many ideas can I generate with this Transformers Name Generator?

The Transformers Name Generator can generate thousands of ideas for your project, so feel free to keep clicking and at the end use the handy copy feature to export your Transformers names to a text editor of your choice. Enjoy!

What are good Transformers names?

There's thousands of random Transformers names in this generator. Here are some samples to start:

More on Transformers names across the web

Can't get enough of generating Transformers names? Then continue exploring: