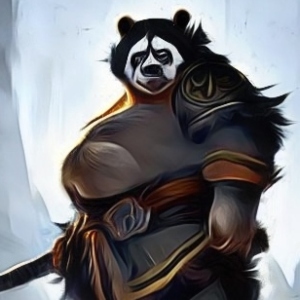 Use this Pandaren Name Generator to find countless random Pandaren names for your next gaming adventure, story or any other kind of project. Enjoy!

What kind of race are Warcraft's Pandaren?

The Pandaren are a race of humanoids with the upper body of a panda and the lower body of a human. They are native to the planet of Azeroth and are one of the playable races in the Warcraft universe.

The Pandaren have a rich history and culture that is steeped in tradition. They are a peaceful people who enjoy good food, good company, and spending time in nature. The Pandaren are also known for their martial arts skills and their ability to brew powerful alcoholic beverages.

While the Pandaren may seem like a carefree race, they are actually quite resilient and have faced many challenges in their long history. The most recent challenge they face is the war between the Alliance and the Horde. The Pandaren have decided to stay out of this conflict, but that doesn't mean they're not affected by it.

What kinds of names do Pandaren get?

Pandaren names are as varied as the pandaren themselves. While some opt for simple, monosyllabic names, others prefer something more complicated. And still others choose names that reflect their personality or their profession.

Whatever the case may be, a pandaren name is always special and always meaningful. Here are some of the most common types of pandaren names:

Can I use the random Pandaren names that this tool creates?

How many ideas can I generate with this Pandaren Name Generator?

The Pandaren Name Generator can generate thousands of ideas for your project, so feel free to keep clicking and at the end use the handy copy feature to export your Pandaren names to a text editor of your choice. Enjoy!

What are good Pandaren names?

There's thousands of random Pandaren names in this generator. Here are some samples to start: